Further interior illustrations I made for the Zeitgeist adventure path (see previous batch here). These are for the fourth chapter, Always On Time. 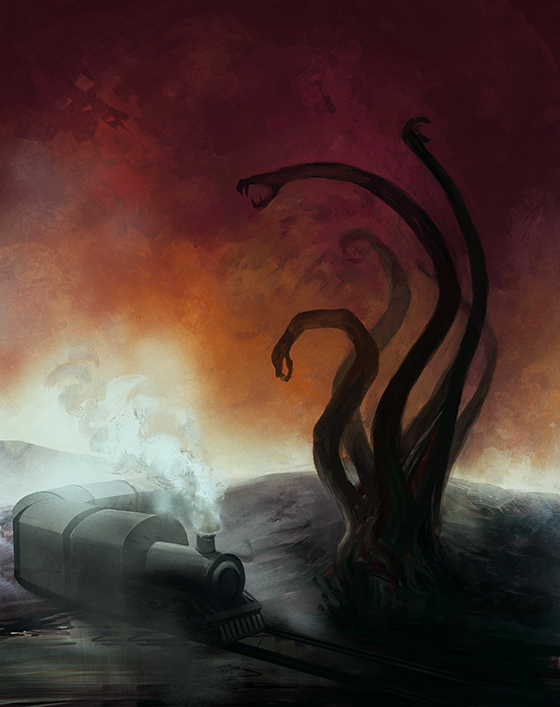 Screaming Malice: Imagine a black oily swamp reared up
and towered over you like a giant with tendrils that end in screaming,
fanged mouths. When a group of bandits try to ambush and rob the train, they
provoke this monster to attack as a distraction. 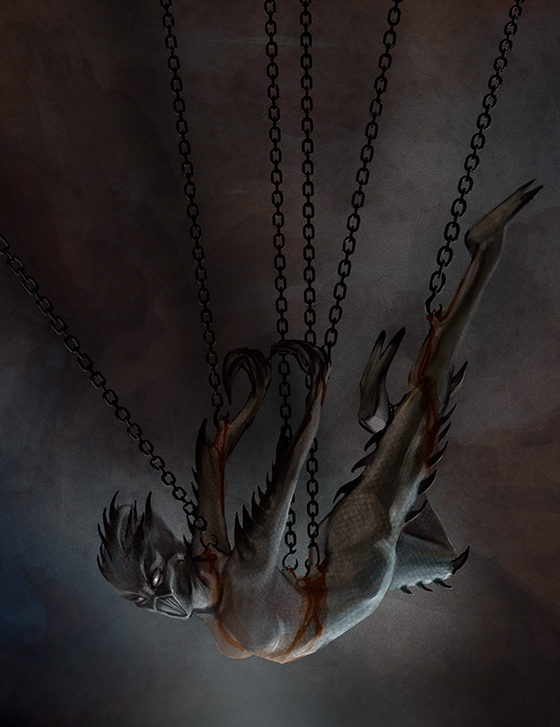 Ashima-Shimtu: One of the train's stops is near a
cursed island, with a prison for a millennia-old demon. 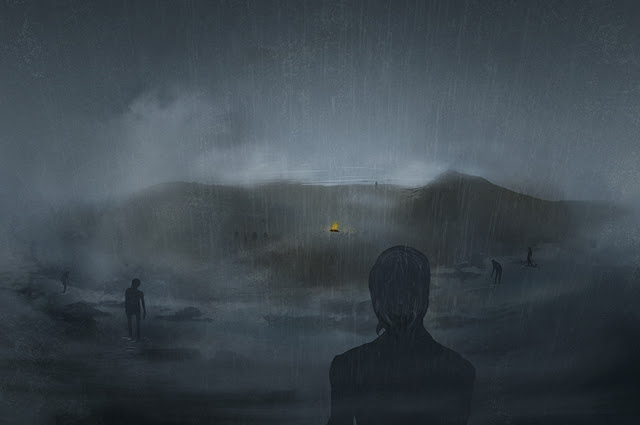 Haunted island: At night the fogs or
rain roll in, and if anyone living is still on the island, all the dead who
drowned or crashed on the rocks around its shore shamble onto the island to
kill them.

To be honest, I'm not quite as pleased with these three as I was with the ones for the previous adventure. I was under a lot of stress lately (work and family matters) and I think the work suffered from it. Some changes were needed, too. Ashima-Shimtu was initially a scene that included the demon, but it had to be cropped so that the focus would be on the character: 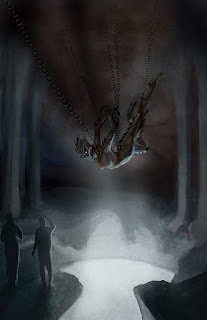 Likewise, the malice image was a problematic (though I'm partially fond of its rough look). The train in particular was a mess; for the revised version, I finally got round to learn how to use Google SketchUp. It saved my ass, and I'll be definitely coming back to it for future works. 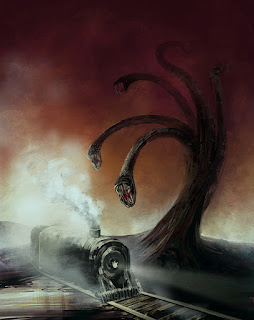 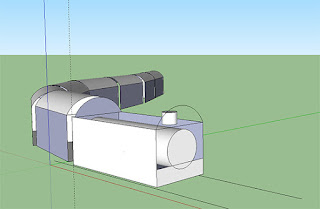