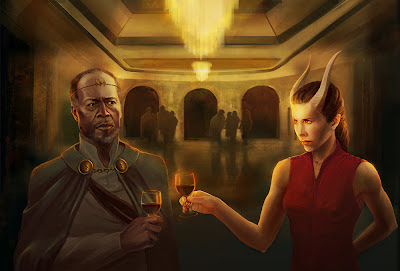 A toast to peace

'King Aodhan and "Minister of Outsiders" Lya Jierre -- warily raise wine glasses to each other.'
These were existing characters - the king's appearance is loosely based on the actor Clark Peters, and Lya is based on Carrie Fisher. 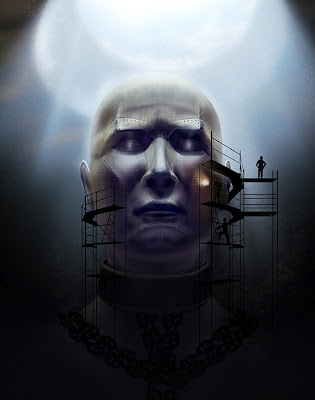 A 300-ft. tall metal construct is being built in an underground shaft. The idea was to make it look more human/statue-like than robot, and to show its scale. If you can see some inspiration from Prometheus' poster - it's because it's definitely there. :)
Posted by eilidh at 11:03 No comments: