A small watercolour piece I made in mid-November as a birthday present for a friend. She likes green and greenery, which is something I learned to appreciate very much while painting this: green is so restful to work with! It's almost like eye-food, or something. :) 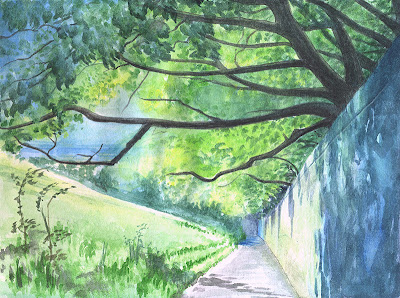 It was referenced from a photo I took in Edinburgh in 2009, at a very lovely spot on the north side of Calton Hill. The bright sunshine was a bit of a rarity... 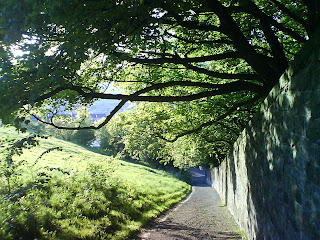 I wish I could have made a contrast as stark as the one in the photo! But I was fearful of botching the picture. I should have been more bold; but then again I know I don't control the medium very well, and I would have botched it. :}
Pin It
Posted by eilidh at 11:03