I've been slacking it since the second half of July. I kinda blame it on the heat, but the truth is I just haven't been motivated enough to draw much lately. I kept doing a few sketches on the metro up to a point, but I was dissatisfied with them; hardly worth the hassle of scanning them. Then I picked up some unread books that were gathering dust on the shelf (Oryx anf Crake by M.Atwood filled my transit time until the start of my summer leave last Monday), and I got hold of Civilization V (that one created a huge time sink), and well, you get the idea. :p

These are from early July: 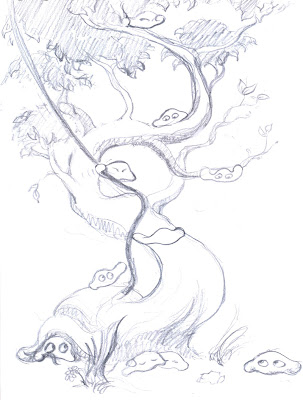 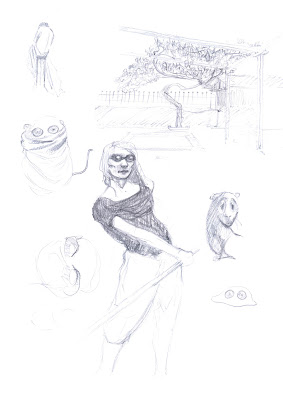 The yard (second image) is from life, the rest is from imagination. The wrapped critter is supposed to be a tarsier. The fluffheap tree is intended for either a mural or a huge print for a friend's wall. 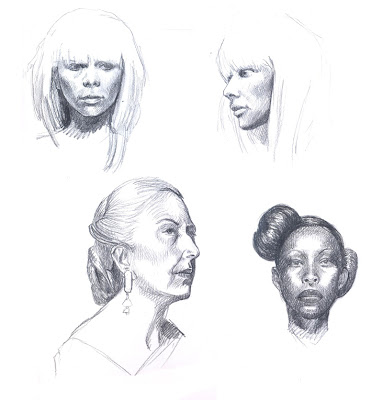 And these are from just this evening. Photo reference from a video by Paris Kain (upper row) and Suresh Natarayan (second row). I realised that all this time I've been drawing with a B pencil, which is great when I'm making sketches during transit as it doesn't smudge, but on the other hand it makes them a bit dull as I can't get much contrast out of it. I used a 2B for the faces, and it was almost a revelation! (I did spend a lot of time cleaning them up, though.)

I also tried a different technique for these, thinking about planes first, then use crosshatching to build up volume, instead of my usual pussyfooting around shadows.