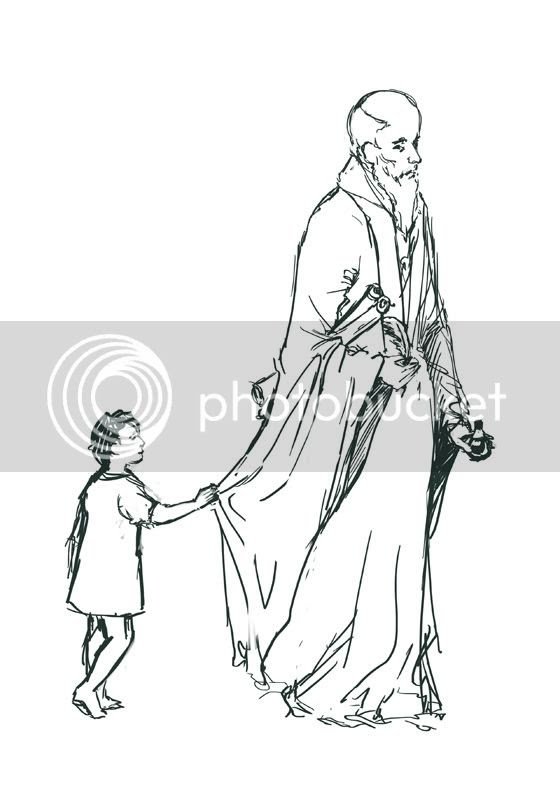 This should probably wait until 1st January; but I suppose it sprang from my annoyance at the Americanised figure of Santa Claus, red and fat and jolly, and all the ho-ho-ho's and rampant consumerism that goes along with it.

In Greece gifts were traditionally exchanged on New Year, which is Saint Basil's day. There's a carol for New Year's Eve that describes him as 'coming from Cesaria, holding a picture and paper and inkwell' and a young boy trying to draw his attention. So I guess it could be an illustration for this carol.

My mother (who is an iconographer) has painted St. Basil numerous times in the traditional byzantine style, which I think shows here as an influence too.

Anyhow: couple of minutes at Photoshop, no reference. I'm quite fond of this clumsy little sketch. :)
Pin It
Posted by eilidh at 23:17