Rejoined ConceptArt.org last week; I've been watching the Character of the Week forum lately, and had in mind to make something for ChoW 171 - Ti'phar of the Ararita: some alien beauty with brains and political deftness, to keep the description short. 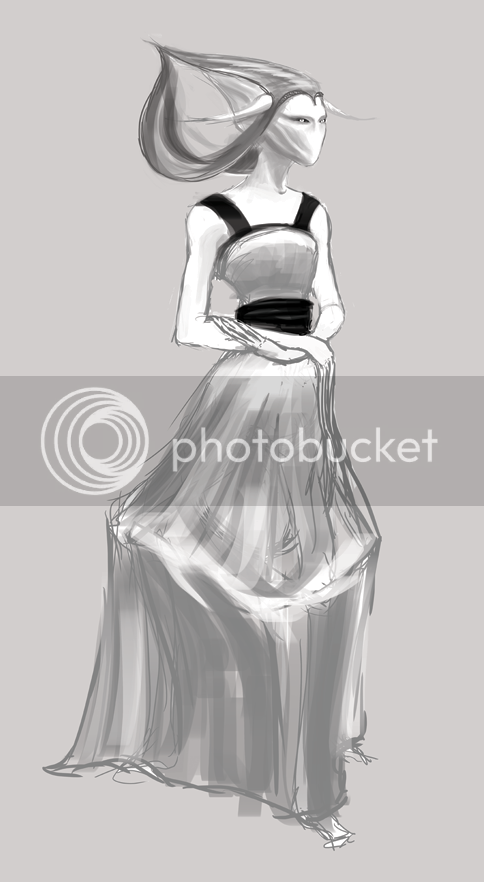 I made this initial sketch, but then had no more time to work on it until today's deadline, so it remains as such.

The featureless face probably screams of Starcraft's Protoss. Only that she has three legs. The tentacle hands emerged out of my difficulty with hands and fingers without reference, and stayed that way for the sake of alienness. My justification is that since they are meant to be an artistic/creative race, extremely mobile digits would serve them very well with complex/delicate tasks (a preference for complexity should reflect on her dress, though?). And the three legs are good for stability, I think, although not with much certainty.

Anyway, into the bucket of unfinished stuff it goes.
Pin It
Posted by eilidh at 22:02